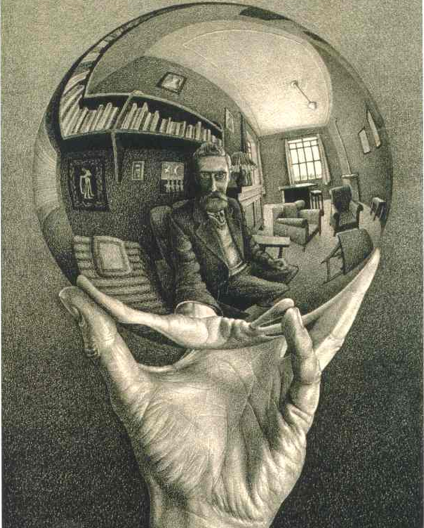 A dica do vídeo veio do Bruno Scartozzoni.

“In short, it will require a major shift from a “Gov-to-You” mindset, to a “Gov-with-You” mindset. We hope this move can fuel innovation and encourage co-creation with the people.”

“What Gov 2.0 Means to Singapore – A Collaborative Government”

Good morning. It gives me great pleasure to join you this morning at the very first Singapore GovCamp organised by Microsoft. This forum brings together public, private and civic sectors to discuss how Government 2.0 can improve citizen engagement and services.

Many governments around the world are proactively seeking to improve their public-private partnership, as well as citizen engagement and empowerment. Many are calling this the “Government 2.0″ movement, or “Gov 2.0” in short.

So what is this movement about? Gov 2.0 is a nebulous concept. It seems to mean different things to different people. For some, it refers to the use of information technologies to drive a transparent government, promote collaboration, and engage citizens through a Web 2.0-style of service design and delivery. Some, on the other hand, simply associate the term with the use of social media, both within and outside of government. What I see as common to these definitions is the focus on providing easier access to public information, and the use of technologies – specifically Web 2.0 technologies – to facilitate two-way communication between a government and its people with regards to service delivery and citizen engagement.

Like many governments in the world, Singapore is also studying how best to deliver services and engage our citizens through new technologies.

In our 30-year e-Government journey, the Singapore public sector has been exploiting infocomm technologies to radically transform public administration and service delivery. This has, in many ways, benefited the public sector in the form of greater productivity and efficiency gains.  Similarly, our citizens and businesses have enjoyed higher levels of convenience and cost savings when using public services.

Today, almost all public services are delivered online, some to much acclaim. In the early days, many of these services were predominantly conceptualised and developed within the public sector. Then, they were merely transferring what used to be on manual forms and making the data available electronically.  Today, it is very different. One of the lessons we have learnt is that for this to be most effective, it requires a redesign, rethinking, reconceptualising of how you want different agencies to work together.  In the past, such services were delivered only in one direction – from the government to the customer. As we go forward, it is clear that the public sector needs to meet the higher expectations of customers, and interact with a growing constituency of citizens who are empowered and enabled by the use of social networking tools. Such profound changes in the nature of technology and demographics will give rise to new models of service delivery – one that is based on collaboration and co-creation with the private and people sectors.

We are already seeing how some government agencies in Singapore are adopting these new models. One example is the OneMap initiative launched by the Singapore Land Authority in collaboration with IDA in March 2010. It serves as an online geospatial platform with advanced mapping technologies that allow users to create new applications on a common base map of Singapore. Using the OneMap platform, citizens and businesses contribute information about shops, eateries, recreational activities and landmarks in and around their community. They can also build on this information and create heritage or food trails in their own portal for use by residents or even tourists. One popular service that is already offered under OneMap is SchoolQuery.  This service gives anxious parents information on whether their homes are within one or two kilometres of their preferred primary school.

Another example is how our business registry, ACRA, is providing businesses with easy access to analyse corporate financial statements. Open Analytics is a pioneering financial analysis application developed through a public-private partnership between ACRA and Crowe Horwath to allow monitoring and trend analysis of the financial performance of companies or any specific industry sector.

Besides seeking to co-create in service delivery, the Singapore Government has actively sought to connect with its citizens, be it through news and information portals such as http://www.gov.sg, to involve them in the shaping of public policies.

Citizen engagement is not new to Singapore. Back in 1985, the Singapore Government set up the Feedback Unit to provide Singaporeans with a forum to offer views, understand policies, and participate in national debates. In 2006, the Unit was revamped and renamed ‘REACH’, which is short for Reaching Everyone for Active Citizenry @ Home.  Singaporeans were encouraged to go beyond merely giving feedback, and to take on a more active role in the public consultation process by participating in the process of change.

Over the years, public consultation has become part and parcel of all major policy initiatives. Feedback is systematically solicited and regular dialogue sessions are held, where Singaporeans can meet face-to-face with officers from Ministries to exchange views and discuss policy options. All this has improved the feedback and policy-making process in the Government.  One thing I think we can continue to improve on, is to give you feedback on how your feedback is being taken.    We can do a better job of helping people understand what we have done with their feedback and how some of them have been important to our formulation of policies.

Technology is now providing us with new possibilities and platforms for such citizen engagements. In Singapore, the use of Web 2.0 technologies or social media has grown significantly over the past two years.  A recent study by Nielsen reported that more than half of the Singapore population participates in at least one social media website, with the most popular being Facebook, followed by YouTube. This growing popularity of social media cannot be ignored. REACH and government agencies alike have started to leverage these social media sites to reach out and connect with a larger segment of the population. One example is the annual National Day Rally Feedback Exercise, where members of the public can follow live updates and participate in real-time discussions posted on the REACH Facebook or “tweet” their views.

In the next five years, we will see more of such initiatives that will leverage social media and facilitate two-way communications between the government and citizens. We may even experiment with new ways for government agencies to tap on the collective wisdom and resources of netizens in the search for answers. These are some of the possible scenarios envisioned under the new e-Government Masterplan that will take place over the next five years. In short, it will require a major shift from a “Gov-to-You” mindset, to a “Gov-with-You” mindset. We hope this move can fuel innovation and encourage co-creation with the people. More details of this plan will be announced later this year.

As we embark on this Gov 2.0 movement, we need to recognise that while technology can act as the enabler, it will ultimately be the people and culture that determine if Gov 2.0 is going to be a success. In this new “Gov-with-You” approach, the public sector ought to embrace a collaborative culture where it accepts that some services can be more effectively developed and delivered in partnership with the private and people sectors.

In the same vein, Gov 2.0 cannot happen without active participation from our citizens and businesses. Singaporeans, with the exception of a vocal minority, are generally less forthcoming in engaging the government on national policies. This is reflected in a study conducted by the Institute of Policy Studies, where only 8 per cent of the survey respondents[1] indicated that they had made their views on public policy issues known to the Government. However, the same survey also found that more Singaporeans do want a greater say in policy-making, compared to 12 years ago. I am hopeful that Singaporeans can come together and actively co-create services with the government and participate actively in policy formulation.

In pushing for Gov 2.0, we need to be also mindful of the possible digital divide. While we may see more citizens going online and using new technologies, there will always be segments of the population that remain offline for various reasons.  We will do our best to make sure that we hear not only the voices that are expressed online, but also to take the time to hear the larger segment of the population.  This is to ensure that when we formulate our policies, it is richer, more robust, and can better serve the needs of a wider circle, so that no one will be left behind in this inclusive society that we strive to create.

Let me conclude by saying that we do not profess to have all the answers and like other nations, we are still learning on our journey.  I hope this forum will provide the platform to spark off a good dialogue session and I wish all of you a fruitful day ahead. Thank you.”